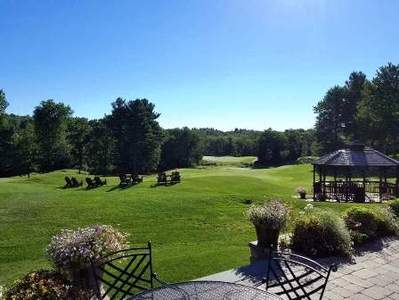 ​The Grafton Lions Club would like to thank all of our hard working Lions members, the golfers, guests, and sponsors who made our 9th Annual Charity Golf Tournament a tremendous success. This year's tournament was sold out! More than 144 golfers teed off for the 10 am start.

​The Golf Tournament continues to be our largest fundraiser each year. Proceeds will allow us to continue to with the many local projects and charities that are normally supported by the Grafton Lions Charities, Inc.

The tournament was held once again at Blackstone National Golf Club in Sutton on Tuesday, August 23rd. The course was in excellent shape thanks to staff of Blackstone National. The tournament was won by the team of S. Cooksky, D. Frederico, C. Turner and R. Heidenthal with a score of 58. The team of J. Bauer, P. Prout, G. Curtis and B. Curtis finished one shot back at 59 to take 2nd place. The team of R. Rapacki, S. Tobio, M. Eadie and A. Oustinoff tied with a 59 and took 3rd place after a tie breaker. Maureen Wojnar won the women’s long drive contest while Ari Oustinoff took the men’s title. Gary Curtis and Amanda Jeznach won the closest to the pin contest for men and women’s respectively.